“Once upon a time, jayme, I used to bang out 6 or 7 articles a month for sundry marketing magazines around the world. Terrifying, eh?

Someone once asked me how I managed to find things to write about. “No problem,” I replied. “I just have to flick through any marketing publication and I’m bound to find something absurd or stupid to comment on.”

This came back to me when the other day I read with some amusement how a man who worked for me years ago had chosen a new agency for his big account.

Here’s what made me laugh.

1. The whole process took over six months.
2. It was a “five-way pitch”.
3. The agency he chose was staffed entirely by people he had worked with before.

Dr. Johnson said of sex that “the expense is damnable, the position is ridiculous, and the pleasure fleeting.”

This came to mind when considering this pitch, with three other thoughts.

First I wondered on what the criteria the agency was selected. It was hard to tell from what I read. It seemed that the winners had “the right mix of planning and creative skills” – and I should hope so.

I was at least glad that the usual reason – “personal chemistry” – didn’t creep in; after all, if you’ve worked with people already that should be no problem.

I also wondered: how did the people feel in the agencies that weren’t stuffed with this chap’s pals?

(By the way, jayme, don’t go running away with the idea that this is one of those sad sour grapes pieces – we work for this firm’s chief competitors, so my interest is purely professional).

The third thing I wondered was: how did this tortuous process affect what was going on in terms of marketing?

Just imagine all the meetings, the jargon-crammed documents written and read, the time spent seeing and discussing all the initial list of likely agencies before winnowing them down to a short list.

Then think of all the interminable presentations – which merge into one big blur of smiling faces and powerpoint shows, believe me. I imagine, too, that the people who tell you which agencies to see got their time and money.

What might all this money, time and energy have produced if devoted to marketing? Think about it.

And in the end, what has happened? An agency has been chosen on the basis of people knowing each other and an idea that sounds plausible enough to make them all think or hope will work.

It is insane to choose an agency for any other reason than results in a business where you live or die on them – which this one does.

For a lot less, and a lot quicker the client could have asked a few agencies to create some material to test – and paid them, too. By now he would have an agency – and something that worked.

But what will actually happen?

There will be another few months spent while they do all this with the chosen agency – without doing the intelligent thing – testing their work against others.

I hope (though not too earnestly) it works out for them all – because if not, the pleasure will indeed be fleeting – just like the tenure of the average marketing director.

And I have just explained the chief reason why. What’s more, what I’m talking about can be adapted to any kind of marketing, not just the direct kind.

An old friend of mine once worked for Charles Revson, the founder of Revlon. I asked him what Revson was like to work for.

“He was a nightmare” said my friend. “But I’ll tell you one thing. He tested everything – even the price.” 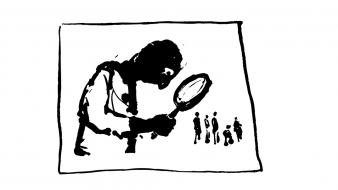 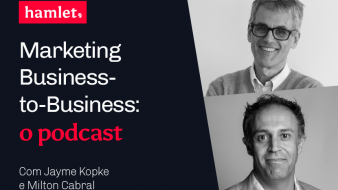 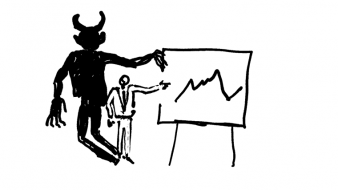