Social is great for providing easily digestible stats reflecting the success of your social media efforts. The main one is your ‘Follower’ count. It stands to reason that the more followers you have, the better you’re doing. Apart from the fact that a massive following, comprised of irrelevant accounts that are never going to buy anything is pretty useless. In fact, there is probably no less Board-friendly metric than follower-count; without context it is meaningless.

Make assumptions
There are a lot of false conclusions that can be garnered from social media analysis. For example, peoples’ propensity

to retweet something or discuss it on Twitter is not equal to the likelihood of them visiting a webpage or buying what the page is trying to sell. Similarly, amassing a huge following comes with no guarantee that you’re going to make lots of money from it. Be very careful with the conclusions you draw, and don’t base business decisions purely on social insight.

Disregard business objectives
Marketers are often accused (and sometimes guilty of) overlooking wider business concerns when carrying out their campaigns. And when it comes to social, this problem is particularly pronounced. The danger comes from the fact that social interactions are quite divorced from the strategy and pound signs discussed around the board table. Social activity should be freer than certain other communications but if it isn’t feeding in to wider business objectives, you’re doing something wrong.

Forget about integration
There is an idea, probably stemming from its relative infancy as a core member of the modern marketing mix, that

social is some distinct realm separate from the rest of a brand’s communications; separate, indeed, from the rest of the world. This is not a good way to think about social. Social is as real as a piece of DM. And thinking of it as anything other than an always-on element of your integrated comms solution could prove a fatal error.

What to measure?
More forward-thinking organisations will understand that not every benefit of social media activity can be diluted down into a ratios or pound values. If yours isn’t one of them, it’s going to be difficult. But for the organisations open enough to putting social at the heart of the organisation, worrying about the exact value of every tweet you send perhaps isn’t actually the most important preoccupation.” 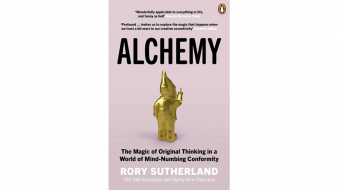